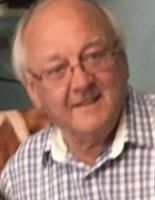 The passing of Brian Robert Case occurred suddenly on Sunday, August 30, 2020 in Miramichi.

Born on September 15, 1951, in Bloomfield Ridge NB, the son of Virginia (Norrad) and the late Ernest Case.

Brian worked at various places but spent many years and hours with his company Cases Renovations (Miramichi).

At Brian’s request there will be no visitation or funeral service. A private graveside service will be held at a later date.

For those who wish remembrance may be made to the SPCA or a charity of donor’s choice.

Arrangements are in the care of Davidson’s Funeral Home (622-7464) or online at www.davidsonsfh.com your family owned – family operated funeral home.