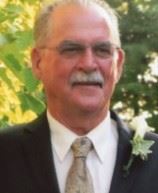 John Terrence “Terry” Walsh, husband of Vicki (Calhoun) Walsh of McGrath Crescent, Miramichi NB, passed away on Wednesday August 26, 2020 at his late residence, at the age of 71.

Born in North West Bridge NB, he was the 7th son in a family of 15 children of the late Philip and Agnes Walsh.

After retiring from the Mill, Terry worked many jobs such as transport driver, bus driver and as an industrial mechanic for MFE Manufacturing.

Terry was a jack of all trades who could fix almost anything. He could do plumbing, electrical, carpentry work and was a great handyman! He loved taking old beat-up equipment and tearing it apart, fixing it up and making it look like new. He had a 35-year-old snow blower and lawn mower that looked like new. He was the original recycler before it was popular. He never threw out anything that he figured he could use later.

Terry was a great storyteller and loved to play practical jokes or pranks on unsuspecting friends and family. He loved a good joke and making people laugh.

He loved his family and he loved to travel. He and Vicki hauled their camper across Canada twice. He was a proud Canadian and Miramichier and wanted to see every bit of the country. In recent years they travelled with their camper to many music festivals which he really enjoyed. He loved meeting new people and telling them a yarn or two. Some other travels took them to Ireland, Scotland, Portugal and Spain, Yukon, Alaska, Las Vegas, Nashville and Florida.

He enjoyed his camp “Tiger’s Den” at South Little River Lake. He loved snowmobling, four-wheeling, fishing, hiking, he hiked to the top of Mount Carleton a few years ago, and walked across the Confederation Bridge.

Besides his parents, he was predeceased by five sisters, Laurine, Ethel, Nora, Patsy and Mary -Agnes, four brothers, Philip, Denis, Jude and Andy.

In memory of Terry, donations to Hospice Miramichi or Losier Foundation would be appreciated.

The Family would like to Thank Dr. Gerard Losier and all the staff at Extra Mural and Hospice Miramichi for all the care Terry received.

Arrangements are in the care of Davidson’s Funeral Home (622-7464) or online at www.davidsonsfh.com your family owned – family operated funeral home.